GNS3 is used by hundreds of thousands of network engineers worldwide to emulate, configure, test and troubleshoot virtual and real networks. GNS3 allows you to run a small topology consisting of only a few devices on your laptop, to those that have many devices hosted on multiple servers or even hosted in the cloud.

GNS3 is open source, free software that you can download from http://gns3.com

It is actively developed and supported and has a growing community of over 800,000 members. By joining the GNS3 community you will be joining fellow students, network engineers, architects and others that have downloaded GNS3 over 10 million times to date. GNS3 is used in companies all over the world including Fortune 500 companies.

GNS3 can help you prepare for certification exams such as the Cisco CCNA, but also help you test and verify real world deployments. Jeremy Grossman, the original developer of GNS3 originally created the software to help him study for his CCNP certifications. Because of that original work, you can today use to help you do the same without paying for expensive hardware.

TIP: GNS3 does not only support Cisco devices. Cisco is often discussed because that is what most network engineers are interested in learning about. However, many other commercial and open source vendors are supported today in GNS3. You are now able to test interoperability between many vendors and even try out esoteric setups using network technologies with SDN, NFV, Linux and Docker. 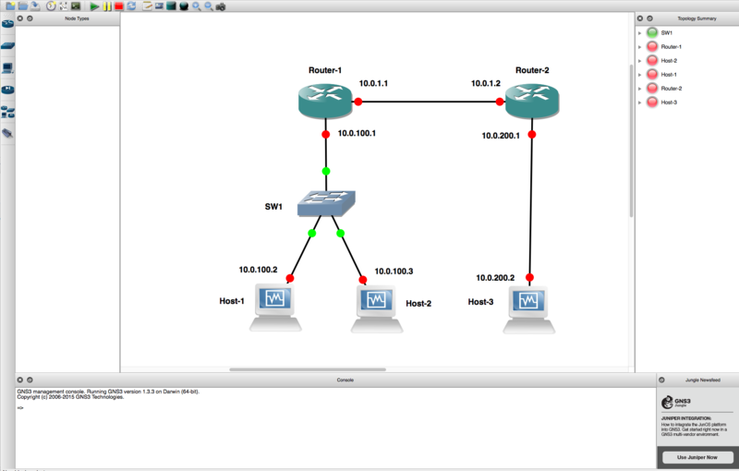